If we had to give an award for the best cruise shore excursion ever, it would surely have to go to the “Pilot your own boat and snorkel” tour in Grenada…

The ‘Pilot your own boat and snorkel tour” has everything; engines, fun, art, intrigue, nature, adventure and (at least in our opinion) a fair amount of danger. Oh, and a sprinkling of “they would never, ever allow this back home”. Yup, it’s easily one of the best things to do in Grenada and it seriously checks all the boxes!

Ok, sounds intriguing right? What exactly is it?

Well probably the easiest way to describe the ‘pilot your own boat experience’ is to compare it to an ATV tour. You know, one of those tours where you play follow the leader behind a guide as they drive you around the desert, jungle, mountains etc?

Ok well this is exactly the same, except this time you all.. have.. speedboats..

(sure, they’re little RIBs, but who cares?! It has an engine and today, I’m the one holding the keys. )

Pilot your own boat

First you and your partner grab a boat, then half a dozen other pairs also grab a boat. There’s then a short briefing after which all of the boats start to pile out of the marina in one giant, chaotic flotilla (ahem, I mean.. in single file).

There’s a quiet chug as you obediently follow the guide towards the edge of the marina and finally that sweaty feeling you’ve been struggling with all day starts to fade as the wind picks up.

With a sigh, you remember that captain’s hat in your dress-up box at home and quietly wonder how you’d look right now if only you’d remembered to pack it…

Suddenly, playtime is over and you’ve reached the edge of the marina. The guide boat punches it, and one by one the boats in front of you start to follow suit. Finally, it’s your turn and you crank the throttle, desperately trying to keep up with the elderly couple in front of you.

Within seconds, your boat is gently bouncing along the coast, taking wide S shaped turns. You pass your behemoth of a cruise ship (the Carnival Breeze in our case) and follow the coastline until the town of St. George’s is out of sight.

See Grenada from the sea!

I’ve done a lot of tours in my time, and this one stands out as completely unique. Being able to drive your own boat AND to be driving it in a crew of half a dozen other boats was just so much fun. The water was calm and the boats were powerful enough to feel like you were flying, but it was clear that there was no way you were going to accidentally push the throttle too far and lose control.The fact that there were so many other boats made it feel like a race, and all the more exciting.

Eventually, the flotilla starts to slow, and we reach a cove that’s home to the sculpture park. From our boats, we can see a couple of other groups swimming around, and we wonder if it’s going to be a complete gong show like our snorkelling with mantas experience in Nusa Penida, Indonesia. It doesn’t take long though to realise that the sculpture park tour follows a circuit, and each group keeps largely to itself.

Once we arrived, the group moored itself on the main speedboat, and the staff passed around some rather obnoxious life jackets. Wearing it is compulsory, but you don’t have to actually inflate it unless you need it.

After a short briefing, everyone jumps in the water and we start following our guide away from the shore, towards a buoy we can see in the distance.

A couple of minutes into the swim, the guide turns around and checks, “everyone can swim, right?”…. we all look at each other in bewilderment and a couple at the back of the group seem ominously anxious.

Nobody objects any further, and we slowly start to explore the different sculptures.

There are plenty of interesting and unusual creations under the water, and with each sculpture comes a new story. Most of the sculptures require a very deep breath if you plan to actually swim amongst them, and are probably at least 4m down in most cases.

The water wasn’t super clear during our tour, but it was plenty good enough to see all the sculptures. Louise and I really loved snorkelling around but being the keen photographers that we are, it would have been nice to have had a little more time at each stop. We only really had time for 1, maybe two dives down before it was time to move on to the next stop.

In total, the swim portion is probably about 20 minutes, so I would suggest doing this if you’re a strong swimmer. Having said that, there were fairly elderly couples in our group and nobody seemed to complain. Getting some of the group back into the boats, however, was a bit more of a struggle. In one case, one lady literally had to be dragged out of the water backwards by two of the guides.

Once we were back on our boats and had packed all our things away, it was time to head back to the marina in St. George’s. I drove us out to the park, so it was Louise’s turn to drive back.

It didn’t take long for me to start kicking myself for letting her drive the way back, because the second leg was much, much longer. I was quietly green with envy as I clung to Louise for dear life.

The second part took us past our cruise ship and the city of St. George’s, and onwards to the other side of the bay. With so much space, our team circled in long figure eights and gunned it as fast as our little boats would carry us.

Realizing the sun was setting, we started to worry that we might not get back in time for our ship’s strict departure time, but finally we started to head back to the dock. Keep an eye out for some of the most enormous mega yachts you’ve ever seen as you make your way back!

Once back to shore, it was clear that we really were running out of time, yet our driver seemed to blissfully oblivious and clearly, this wasn’t his first rodeo.

The drive back to the port was much quicker, and we ended up being only slightly late back onto the boat. Hordes of passengers whistled and cheered at us as we ran down the pier, and be warned, this will probably happen to you if you find yourself in that situation!

We booked our excursion through Carnival, so ultimately it didn’t really matter that we were running late, as they were responsible for getting us either on the ship or to the next destination. If we’d booked one of the tours independently, then running late would have been much more of a disaster!

Overall, that was one of the most enjoyable tours we’ve ever taken, cruise or no cruise. The price wasn’t cheap ($90USD each), but we really felt like it was worth the money, and definitely wasn’t something we’d be able to find at home. 100% recommend it!

Grenada is a beautiful island, the people are warm and friendly and they certainly know how to have fun!

Thinking of doing some other excursions on your Caribbean cruise? You really should check out the Baths on the British Virgin islands, or go and see the Pitons on St. Lucia!

This trip was sponsored by Carnival Cruises, but all opinions expressed are our own (we paid for this excursion out of our own pocket!)

The Scoop on Sunscreen: Supergoop Review 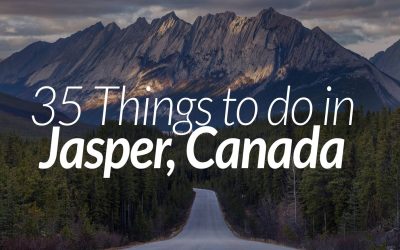 35 Things to do in Jasper 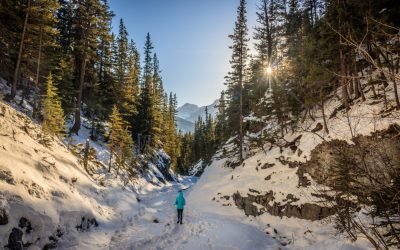