The Icefields Parkway, or Highway 93, runs between the towns of Jasper and Lake Louise in the Canadian Rockies. With a multitude of ancient glaciers, staggering waterfalls and scenic lakes dotted along its length, the parkway is understandably considered one of the world’s most scenic drives.

Near freezing temperatures at night are common year-round on the Icefields Parkway. Winter can be dangerous due to ice and snow and occasionally the road will be closed for safety reasons. There is no cell signal year-round, and in winter the food and gas stops close. Snow tires are required to drive this road between November 1 and March 31, but snow is not unusual in the summer months as well.

If you are planning on a trip down the Icefields Parkway in winter (or any season for that matter), make sure you have a full tank of gas and enough food, water and warm clothing to last a night. The road is not busy in the winter season so it may be a long wait between passing vehicles. Be sure to check the AMA road report and the weather before setting out.

The road was reported as snow-covered with ice on the shoulders when we set out from Jasper, but with a 4wd and Tim’s careful driving skills we didn’t run into any trouble along the way. We had a schedule to keep, but that didn’t stop us from pulling out at a few key spots and enjoying the glorious views available.

Lookouts along the Icefields Parkway

There are numerous lookouts and rest stops along the way, with stunning views of the surrounding landscape.

Our first stop from Jasper was Athabasca Falls. This waterfall is just off the side of the parkway, and a very short walk from the car. The falls drop into a deep canyon, and there are plenty of signs warning of the dangers of falling in; with phrases like “once over the falls death is swift”, you know they aren’t messing around.

Unlike a few of the other pullouts along the road, the turn for Honeymoon and Buck Lakes had been cleared, so we drove in a went for a walk. The snow was knee-deep getting down to Honeymoon Lake, but it was well worth the walk. Completely frozen, covered in snow and removed from the deserted highway, the lake was one of the quietest places I’ve ever been. Tim and I stood there on the edge of the lake for about 20 minutes; not wanting to walk any further into the smooth, untouched snow for fear of breaking this wonderful place we’d discovered. I couldn’t resist making a snow angel though.

Sunwapta Falls was our next stop, with plenty of snow to jump around in and some more stunning turquoise water.

Around the halfway mark of the parkway, the land between the mountains levels and the Sunwapta River winds its way through this small plain. On the day we passed through, frost had coated the trees in glitter and there was ice mist rising off the river. I climbed through the thigh-deep snow on the roadside to snap some pictures of the scenery. Again, we were the only car around, so it was incredibly peaceful.

We stopped at one of the lookouts further along to eat lunch. If you’re driving north-south, I’d recommend you pick up some sandwiches from the Patricia Street Deli in Jasper. You won’t regret it.

The Weeping Wall is a waterfall located about 95 km north of Lake Louise. In summer, the waterfall trickles over the rocks, but in winter it freezes into a stunning ice formation. The scale of the Weeping Wall and its location right next to the road are such that you literally cannot miss it in winter.

While some of the points of interest along the Icefields Parkway are closed in winter (e.g. the Icefields Centre and Glacier Skywalk) and some trails may be inaccessible due to snow, there is still plenty to see along this road. It’s a trip well worth the few hours it takes to drive (stopping time included), and one we will definitely be doing again in summer.

Click here for a copy of the Parks Canada “Icefields Parkway Driving Guide” – listing all the noteworthy stops along highway 93. 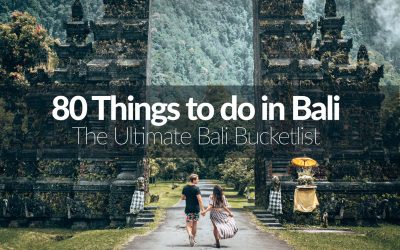 80 Things to do in Bali: the Ultimate Bucketlist 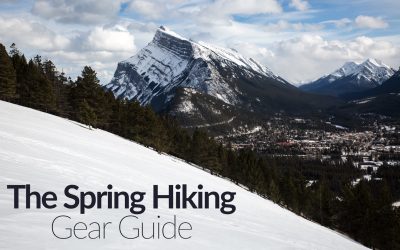 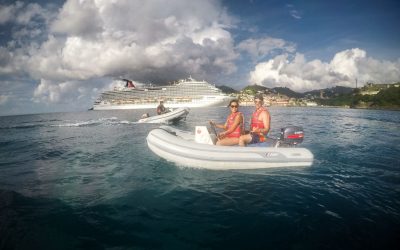 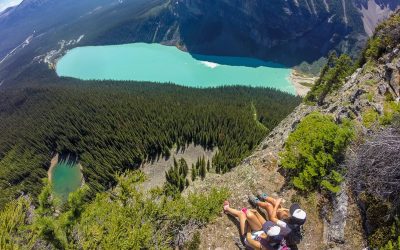 A Quick Hike up the ‘Big Beehive in Lake Louise