7 INCREDIBLE THINGS TO DO IN NUSA PENIDA

Earlier this week, Louise and I spent some time on the incredible Indonesian island of Nusa Penida. Nusa Penida is a small island just to the south east of Bali, which you can reach in about 45minutes – 1 hour by ferry.

While Bali has all the hustle and bustle of your typical South-East Asian city, life travels a lot slower in Nusa Penida. It’s still far less developed than Bali, and there are few restaurants and hotels to choose from. It’s kind of what I imagine Bali might have been like 20 or 30 years ago. If you’re looking for the quiet life Nusa Penida and not too much luxury, Nusa Penida is a great option.

First things first; how to get there.

We stayed in Sanur the night before and ended up taking a ferry from Serangan with a company called Ekajaya for 250k return each. The downside is that you have to take 2 boats and change at Lembongan. If you go to the port at Sanur, you can get a direct ferry for around the same price. The second smaller boat drops you at Toya Pakeh.

We organised a pickup from our hotel, Coco Resort Penida for 165k. It wasn’t really negotiable so we decided to take it, rather than rent a scooter from the port. I’m told that there are plenty to be rented at the port, but we wanted to see how the roads were before we made our decision.

The roads in Nusa Penida range from excellent and smooth, to flooded dirt tracks, and they seem to change without notice as you travel between one village and the next. The roads are extremely narrow (literally the equivalent of 1 lane in Canada), and everyone hurtles around the windy roads at full speed, often choosing to honk their horn rather than slow down. If you’re a little nervous on a scooter or a bit wobbly, it’s probably best to look into getting a driver.

As some of the sites were a little more remote, we figured we’d rent a scooter for one day and hire a driver for the other day. The scooter cost 80k from our hotel and came with helmets and a full tank of gas (which you didn’t have to refill)

Things to do in Nusa Penida

The place we decided to get to under our own steam was Peguyangan waterfall. An incredible temple/waterfall/spring at the bottom of an enormous cliff. The only way to access Peguyangan is from above, down some very interesting/precarious bright blue stairs carved into the cliffs. 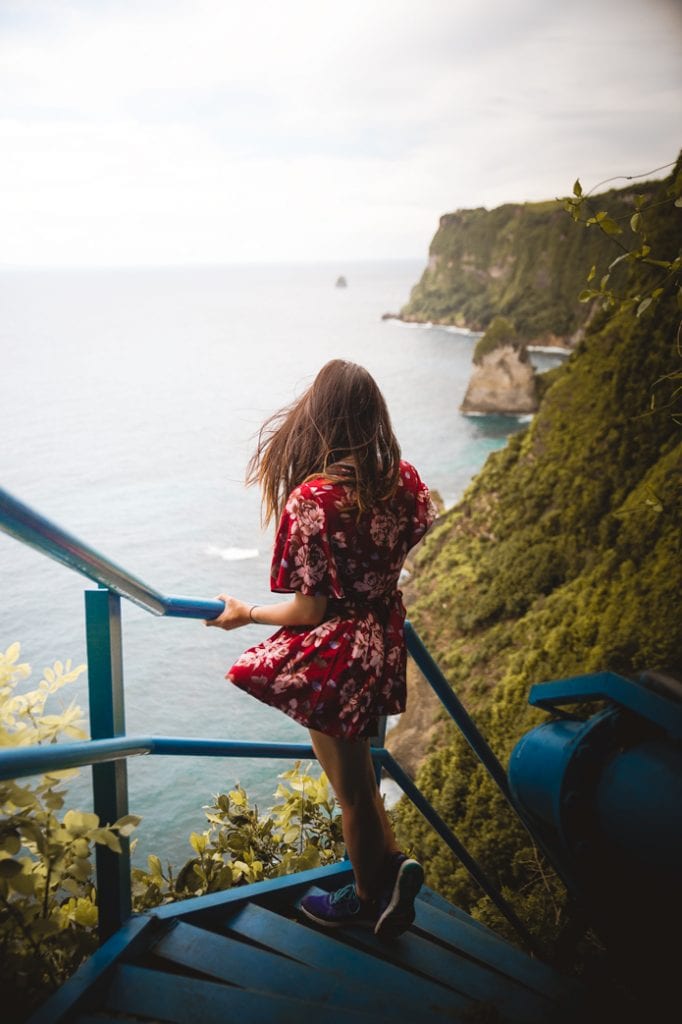 The drive there was 18km from our hotel and took at least 45 minutes, with the road getting significantly worse as we got closer.

When you get to the top of the blue stairs there’s someone waiting to make sure you pay for scooter parking (5k) and if you don’t have a sarong he’ll insist you rent one (10k each) – you’re going to a temple after all.. He assures you you can take it off when you get to the bathing area though, although it all felt kind of unenforceable. There are also some very interesting rules for the ladies that you’ll notice on your way down. 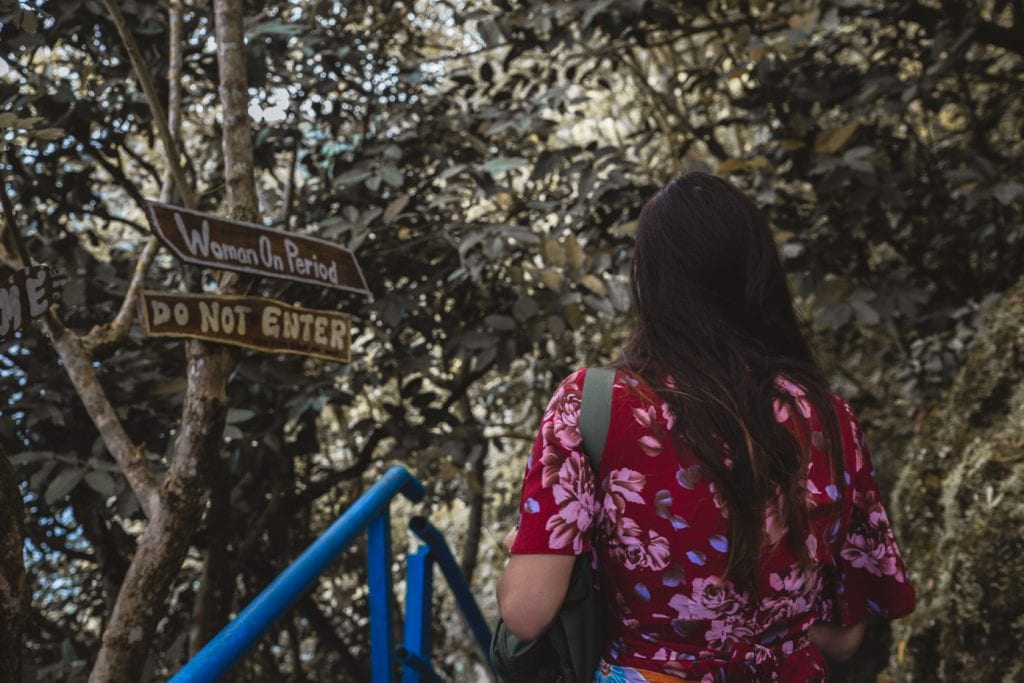 Once you reach the bottom you’ll find a bunch of temples and the Peguyangan waterfall and pools, but keep walking through until you see the water descending down towards the sea. The rocks are kind of slippery, but it’s worth it to take a dip in the pools waiting at the bottom while the waves crash around you. 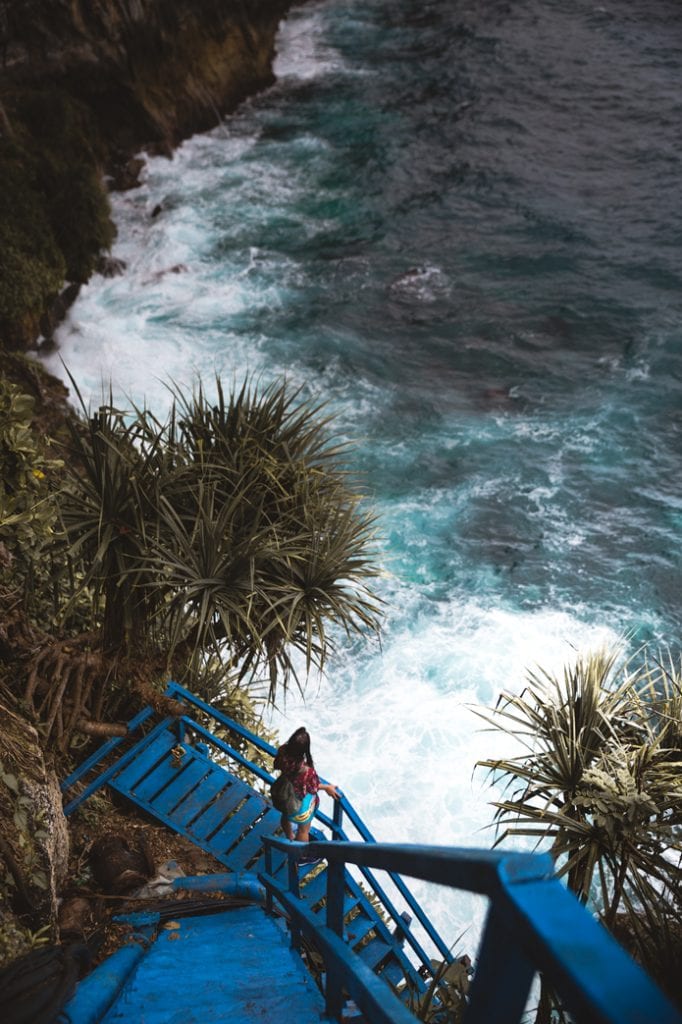 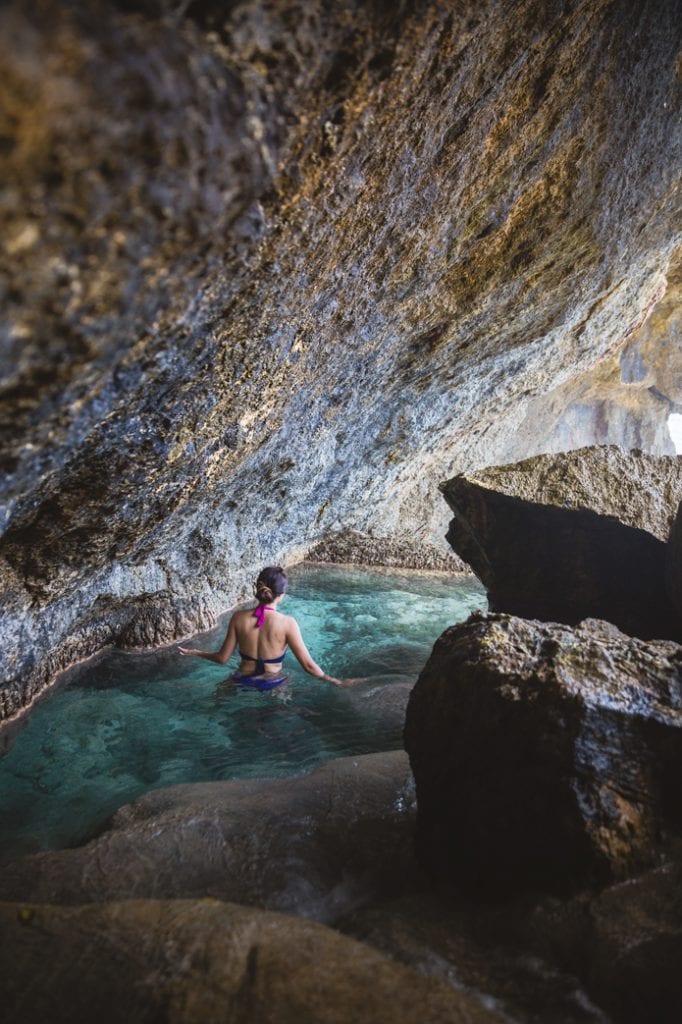 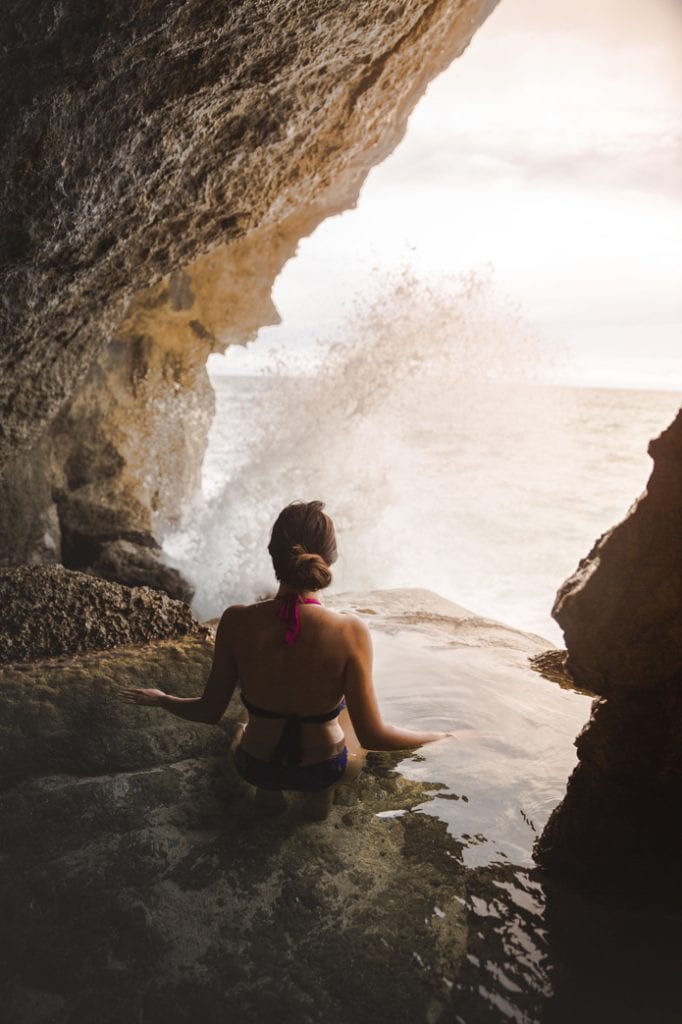 Once you’re finished, prepare yourself for about 700 gruelling steps back up to the top and a very sweaty drive.

We hired a driver for 650k for the day, and headed off around 8am to visit Angel’s billabong. It’s about 45minutes to an hour of constant bumps and potholes. I felt like I needed my spine realigned after the journey there, and would definitely not want to do it on a scooter with my limited experience. 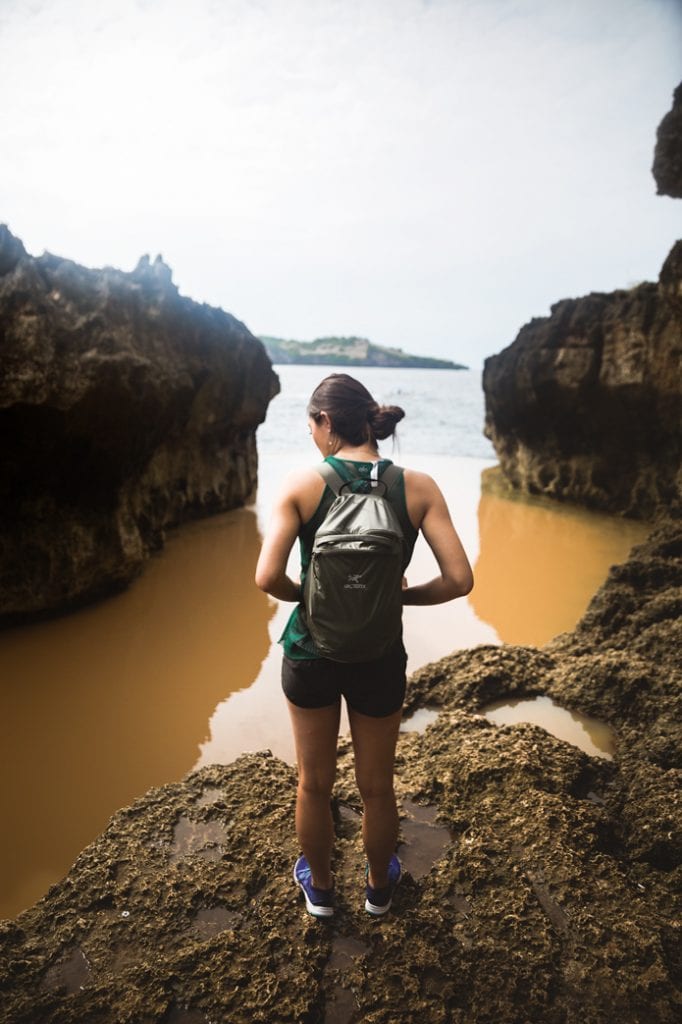 Angel’s Billabong is a great little tidepool, but for all the magical crystal clear photos we saw, not once did anyone mention that if you go in rainy season the entire thing will be full of muddy rainwater runoff. It’s obviously a major highlight in Nusa Penida, but if you go in January, like we did, expect these kinds of views!

This is at the same spot as Angel’s billabong and just takes two minutes to get to. Over millions of years, the crashing waves have eroded the land away into an incredible inlet with a secret beach. There’s a natural bridge over the water still, giving the pool an incredible view from above. Broken Beach looks extra special by drone. 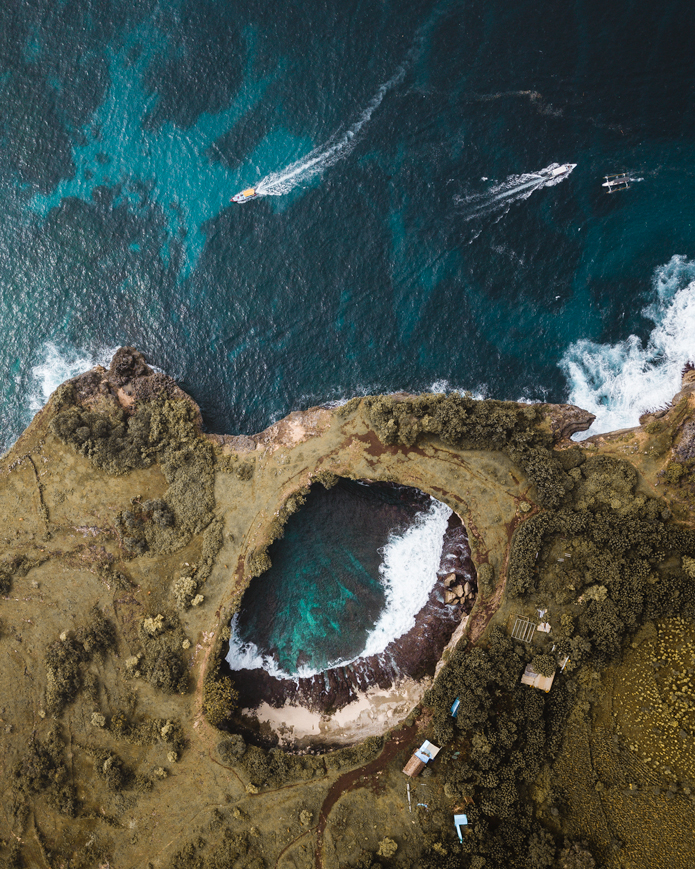 By the time we’d spent about two minutes at broken beach, the tours started rolling in, and soon we couldn’t move for tourist. I’d definitely recommend insisting on an early start if you’re doing any of the sites on the tourist route. 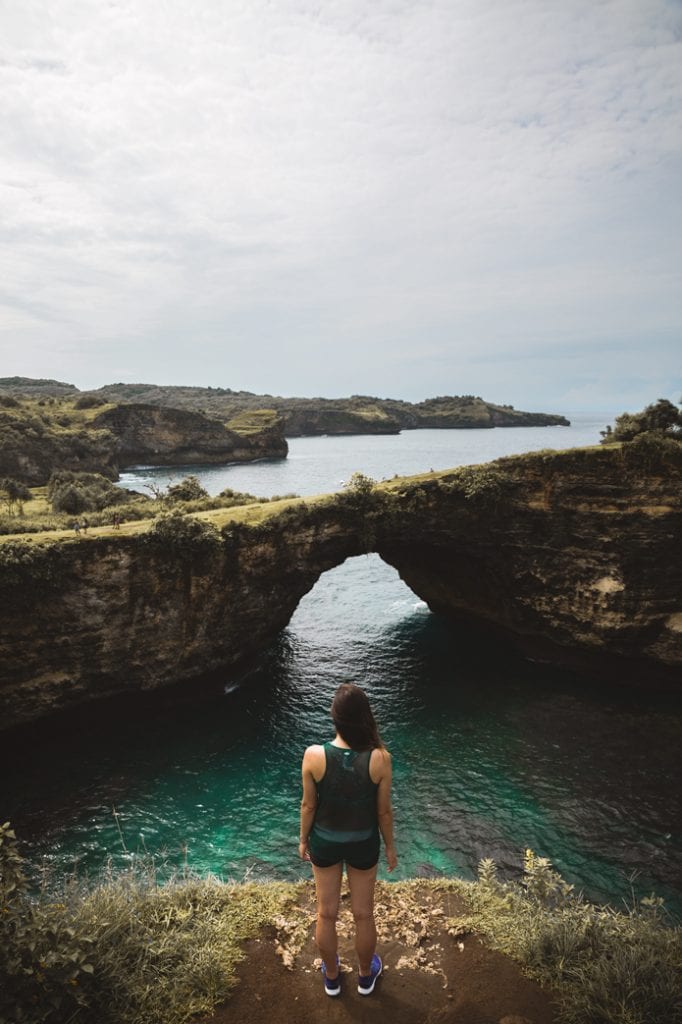 The cliffs above Angel’s Billabong also gives you a fantastic bird’s eye view of Manta Bay, where we saw 5 huge mantas cruising around. It’s far easier to spot them from above than when you’re in the water, and their size is just unbelievable!

Paluang Cliff is kind of just an add-on that I think a lot of Nusa Penida tours added to pad out the day.The view from the cliff is just another angle of Kelingking, but it’s still a pretty epic view point, and our driver blasted epic EDM music out of the car as we walked to the edge. Props to that guy because it definitely gave it some extra atmosphere. 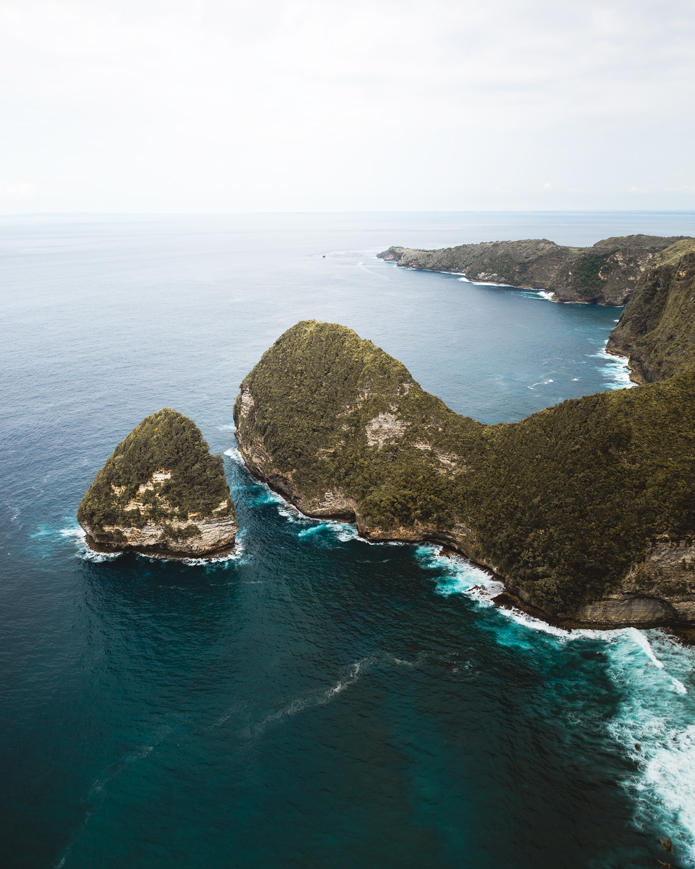 This was  really what we came to Nusa Penida to see, and we were seriously stoked to check it out. In case you haven’t heard of it, this was the t-rex shaped island that blew up on Instagram this year.

I wondered if it might have been overhyped, but that view is seriously something else and was 100% worth the trip out. The top of the cliff was packed with tourists, but far fewer people ventured further down the cliff. We didn’t really have the time to get down to the beach, but descended some of the way to get a proper feel for it. A few people passed us saying they’d made it down and it wasn’t too difficult. It looks like the wooden railings were only added recently, so it’s far more manageable now as long as you can get past the heights. 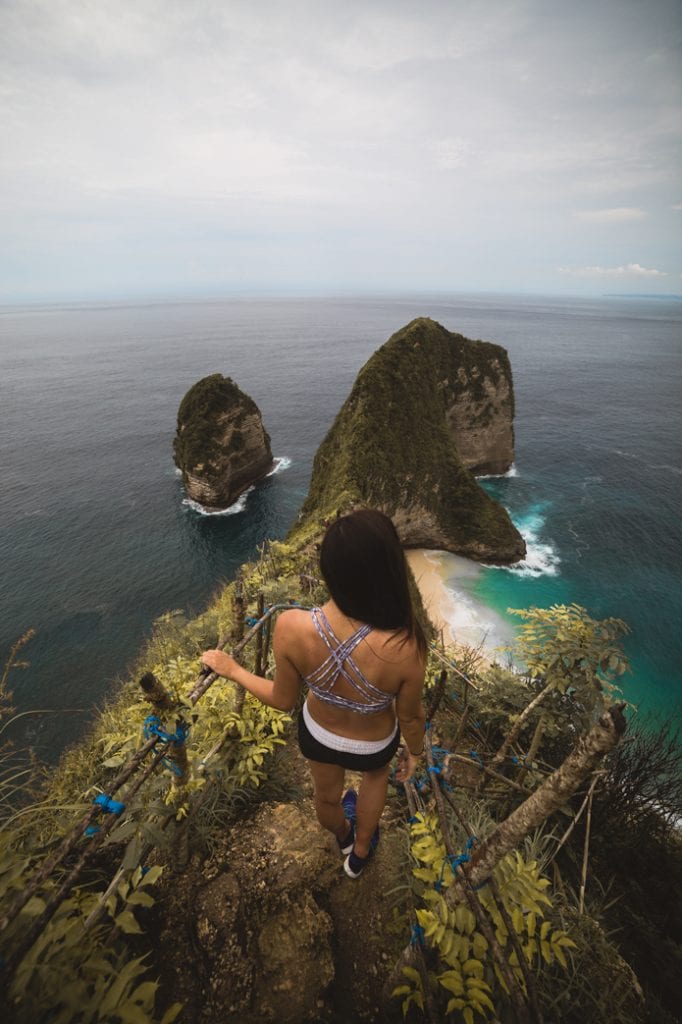 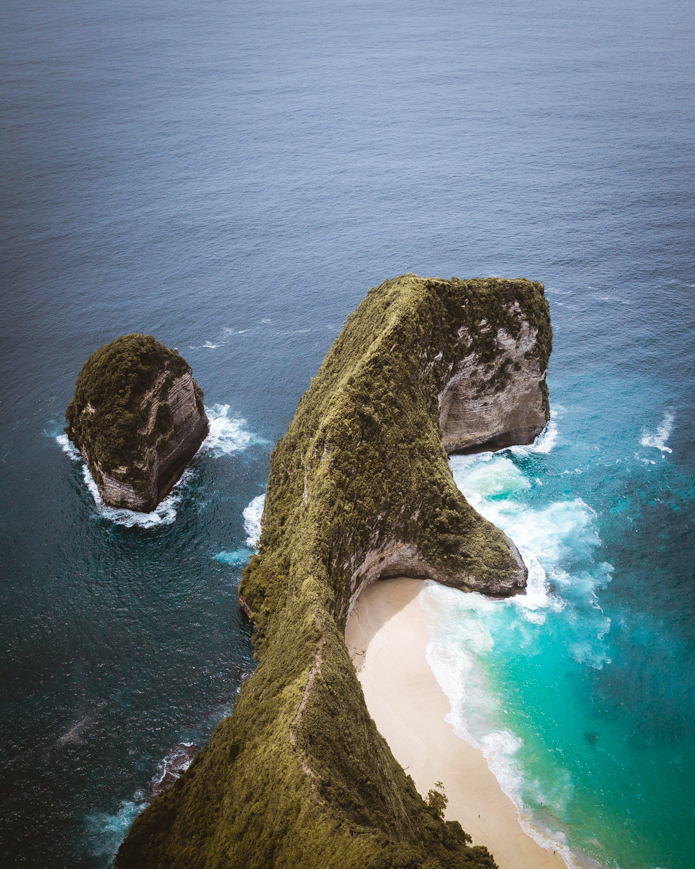 Crystal Bay seemed to get a lot of hype from the tour guides, and I think it’s probably because it’s the most accessible beach on the west coast. The swimming from the beach good but we didn’t stay long because it started to rain pretty heavily. We came back later with a snorkelling boat and there were a few fish once we made it onto the reef. The snorkelling is ok, but I probably wouldn’t pay to do it by itself. It was only worth doing as part of the Manta Bay tour in my opinion. 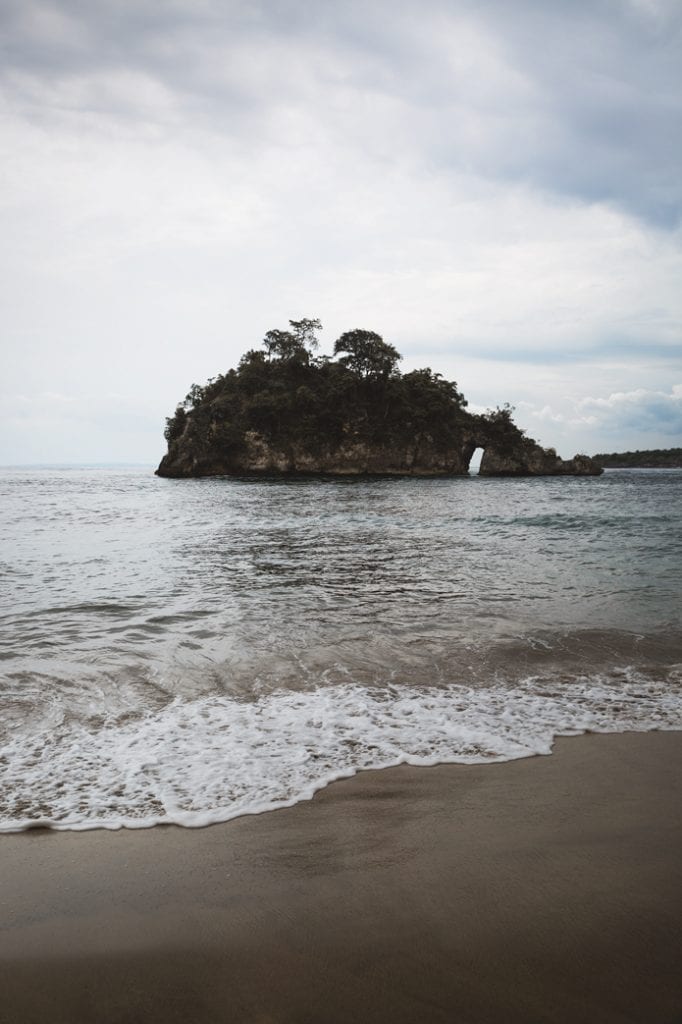 So this was the last thing we decided to do before we returned to Bali and in hindsight, doing it in rainy season probably wasn’t the best idea. A lot of rain and a huge swell meant that the water was extremely choppy and murky. Added to the fact that there were about 20 boats full of tourists all hunting for Mantas, it all got a bit ridiculous. We managed to see one manta, but it kind of felt like we were swimming a triathlon; dodging flailing arms and white water as everyone frantically swam towards the Mantas. I can see how this could be an incredible experience, but perhaps in a different season. 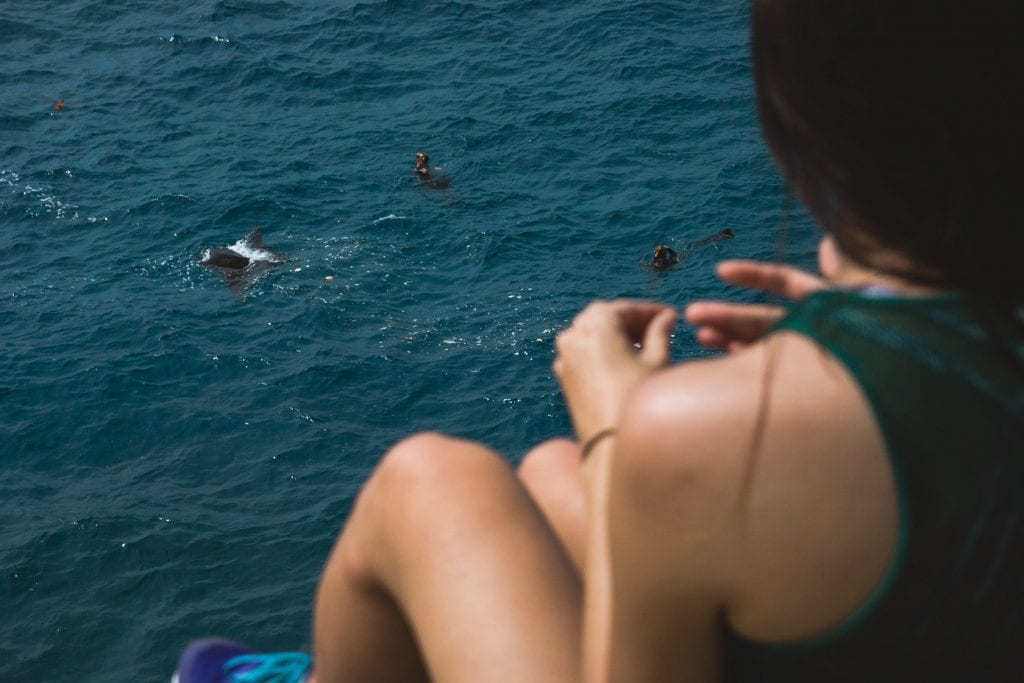 Luxury hotels didn’t seem to exist in Nusa Penida but our hotel, Coco Resort Penida was about as luxurious as we needed. They have great thatched huts, a decent restaurant and you can rent scooters, book excursions etc. Something to be aware of though! 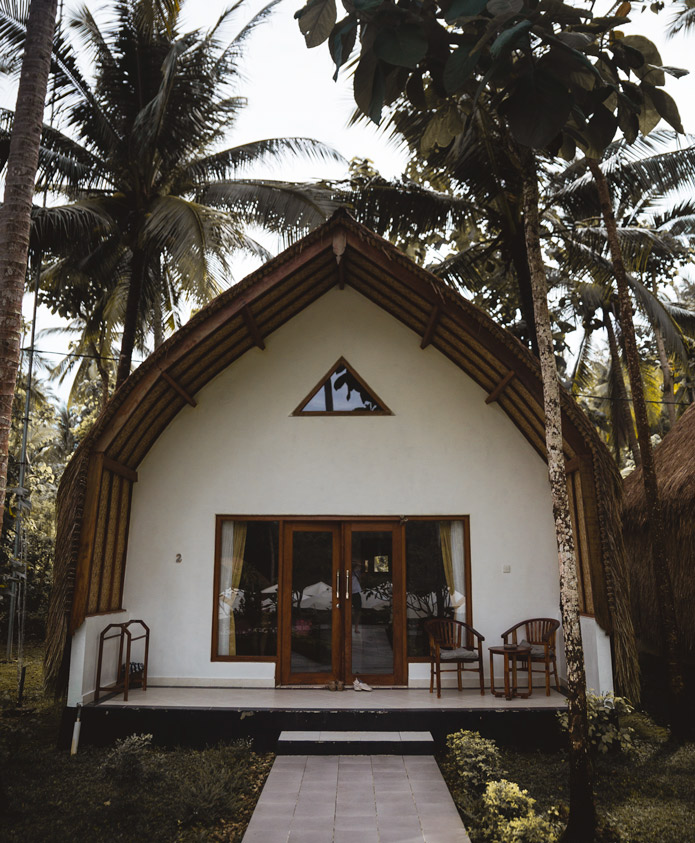 I touched on this throughout this post, but January is smack bang in the middle of Indonesia’s wet season. It was seriously wet…every day.. Fortunately most of our tours and trips were in the morning when the weather didn’t seem to be too bad, but don’t count on getting any great sunsets or having loads of visibility. Also be prepared to be wading through some pretty big puddles if you’re riding a scooter around!

Overall, you’re going to have an amazing time if you decide to take on the Nusa Penida adventure, but be prepared for hiccups, delays and diversions and just roll with the punches. Remember you’re on island time!

If you’re thinking of staying put in Bali, why not check out our post on the top things to do in Ubud? 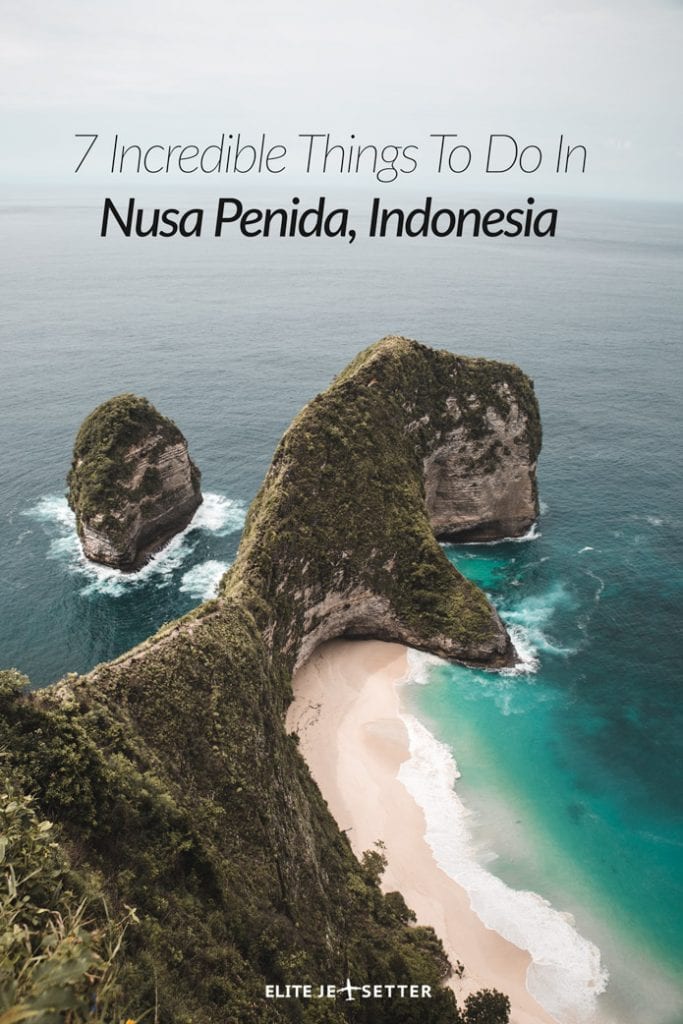 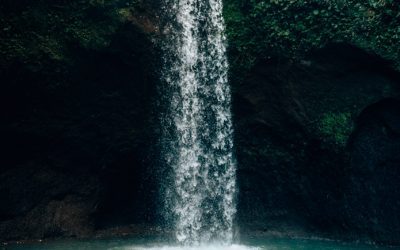 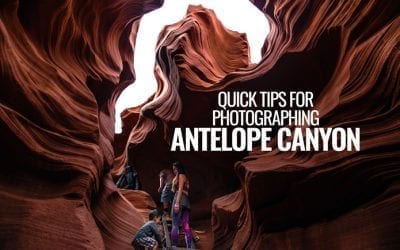 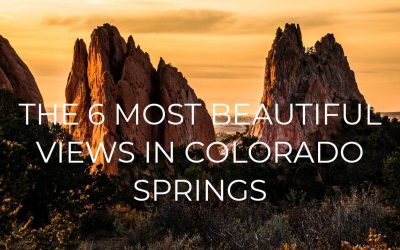 The 6 Most Beautiful Views in Colorado Springs 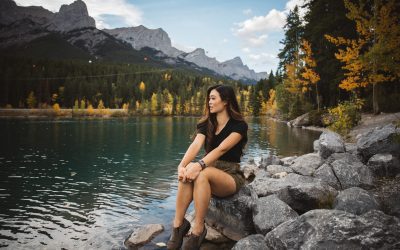