This week, rather than write a guide or a review of some of the places we’ve been recently, I’m kind of feeling like just writing what we’ve been up to recently. This started out as a way of documenting our travels and adventures, but along the way it all kind of got a bit ‘businessy’. I’m thinking I’m going to start more of a regular update that might not be as polished, but perhaps a more down to earth and honest account of our travels. After all, it’s a blog right?

So December was a pretty busy month for us; we had tons of collaborations and projects on the go and spent a huge amount of time in the mountains in Canada. We also spent the holiday season with my family in England which was awesome. I hadn’t been home in about 7 or 8 months, so I was really looking forward to catching up and just kind of lazing around the house, having a Christmas dinner and drinking my body weight in tea (more on that in another post).

Anyway, aside from the travelling, one of the most unexpected adventures that came my way in December was a tour with an amazing family from Singapore. I got a message through Instagram and two days later, there I was at the airport, picking them up and driving them to Lake Louise and Banff.. It was probably one of the later commutes I’ve made out there, getting in at around 12.30am, but rather than think about how exhausting it was, I decided to double down and shoot some astrophotography.

The reason I was so keen to give it a try was because this was the week where Two Jack Lake had frozen solid with some of the most crystal clear ice anyone had seen in a decade. 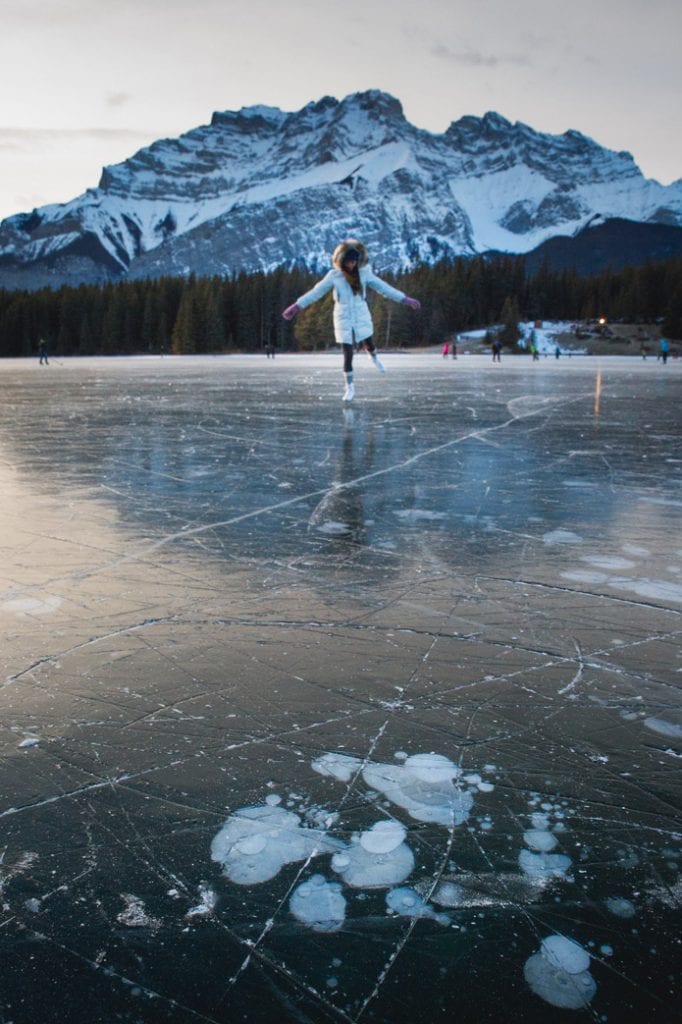 You could literally see the tree stumps at the bottom of Two Jack lake, and the entire lake had become one enormous skating rink. During the day there were dozens and dozens of people cruising around and making the most of it, but I had different plans. I wanted to come back at night and see what I could figure out with a tripod, a torch and my camera.

I must have arrived at Two Jack at about 1.15am, and there wasn’t a soul in sight. I guess this was the first time I’d been truly alone in the wilderness and it was probably one of the most eerie yet cathartic experiences of my life. I parked the car, grabbed all my gear, stuck my ice spikes on and started to trek out into the darkness and onto the ice. It’s actually incredible how quiet it is when there’s not another soul around. No cars at that time of night, and just the creaking of the ice and the howling wind to keep me company. Once I was out on the ice it was basically a lot of running around with the torch and standing in weird poses. Thank god nobody else was around or it would have been no doubt very odd for any onlookers.

Anyway, here’s what came of those photos! 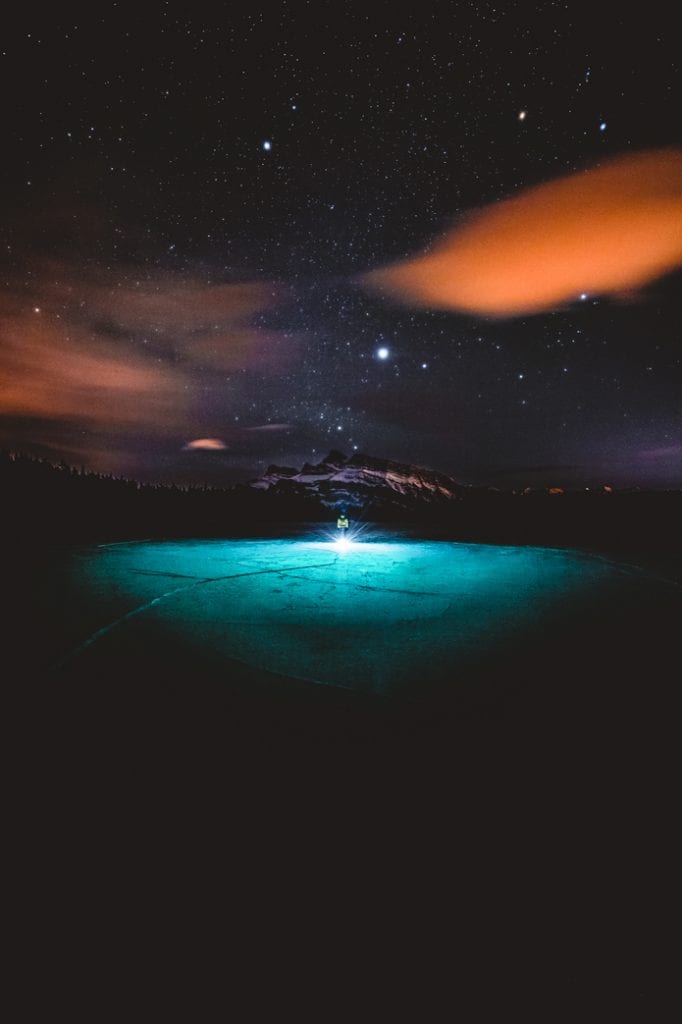 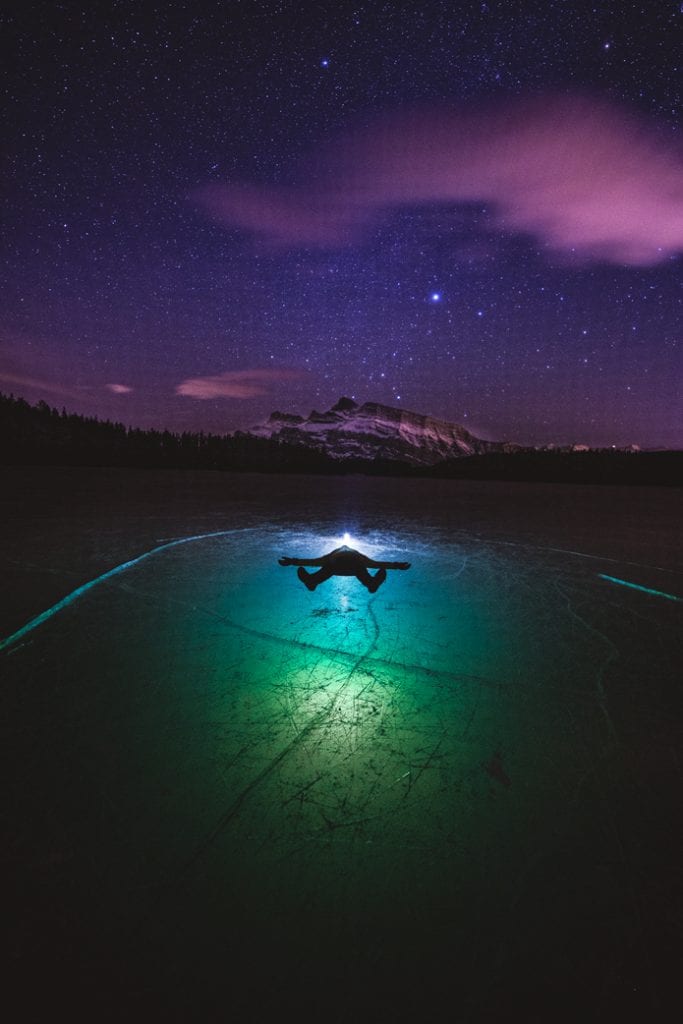 It must have been about 3.30am by the time I eventually gave up on shooting. My hands were turning into ice blocks, and not knowing what might be looking out at me from the darkness was starting to give me the chills. I also learnt a couple of days later that a couple of people had fallen through the ice…glad I found that out afterwards..

It was probably 5.30am by the time I finally made it home to bed, but I think it’s an experience I could easily find myself repeating again and again. I can seriously see how Astrophotography gets addictive.

Are you ready for some ‘bro-science’? I heard that the bubbles actually come from decomposing organic material at the bottom of lakes… so actually if the lake is manmade, you’re probably going to get methane bubbles. The logic being that there’s a ton of rotting wood and vegetation at the bottom.

Once we’d wrapped our heads around that, the idea of going to Nordegg to find frozen bubbles didn’t make much sense anymore.

Day 2 of my Banff tour (Day 1 was a tour of pretty much everything else in Banff…the usual stuff) ended up being one of the snowiest and most treacherous blizzards that I’ve had to deal with this winter. Looking for any views that day was pointless, so I decided in my infinite wisdom to take my group bubble hunting.

Fortunately, Louise and I had trekked out there the previous week, before the snow had arrived, so retracing our steps and finding the bubbles was actually relatively easy. Naturally when we arrived this time, the entire lake was covered in snow. Thanks to our previous trip though, I managed to make myself look like some kind of ‘ice bubble savant’. I beelined straight to the patch of snow that covered the bubbles, and I think there were actually a few sighs of relief when it all suddenly became clear that I hadn’t completely lost my mind. It was such an awesome experience, and I’ve decided that it’s now going to be a permanent addition to our Banff winter tours.

Here’s what you need to find ice bubbles: 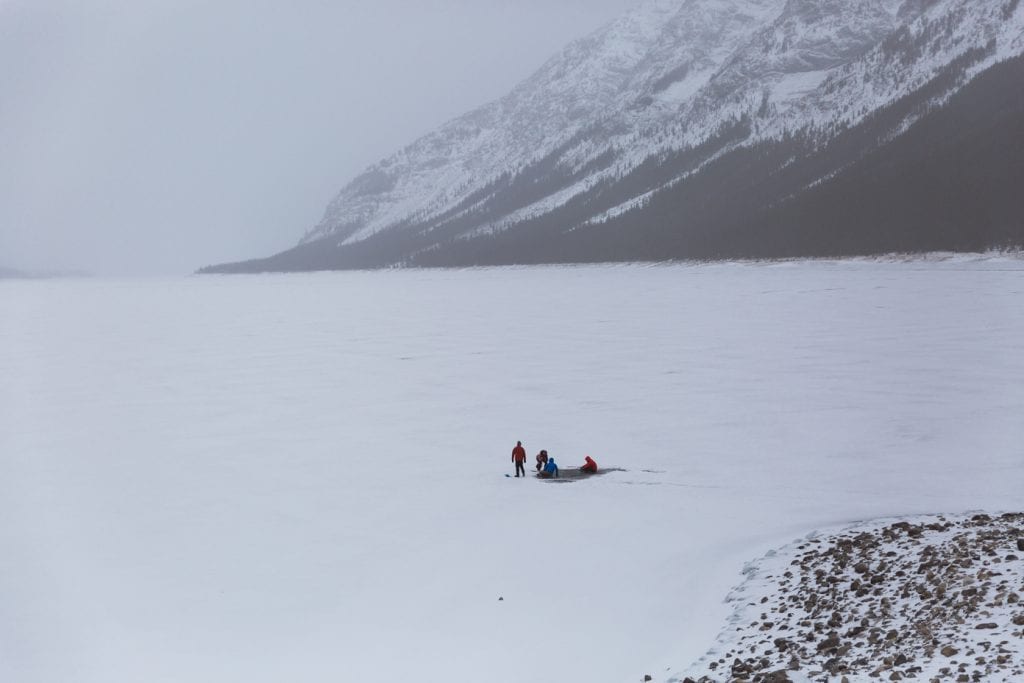 After a lot of photos and using about a dozen bottles of water (and my tea), I had one very happy family on my hands. Showing groups the mountains for the first time has got to be one of the most rewarding jobs ever. Seriously, if you’ve got this far and are considering a private tour of Banff, count me in! 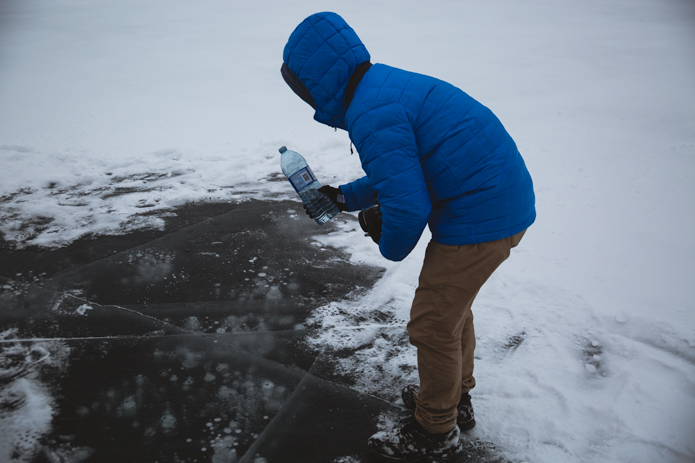 Anyway, just a little catch up for one of the more entertaining adventures of December 2017. Plenty more to come! 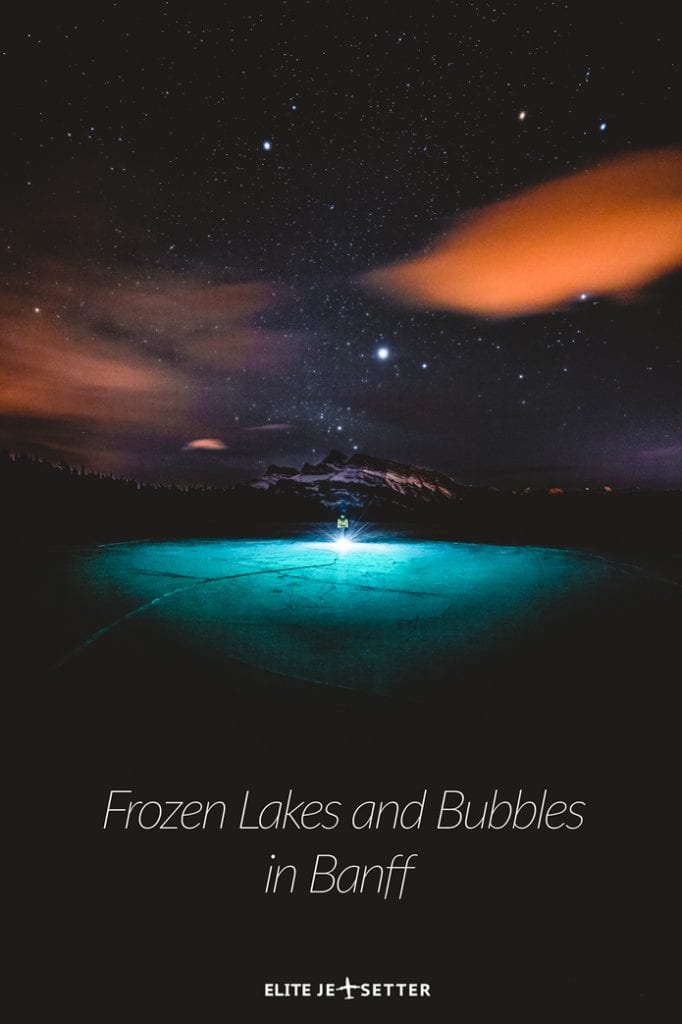 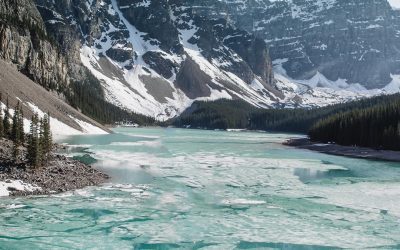 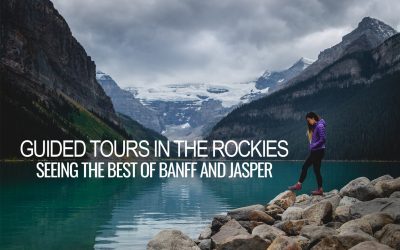 Blogging Media Kits… And why every blogger should have one! 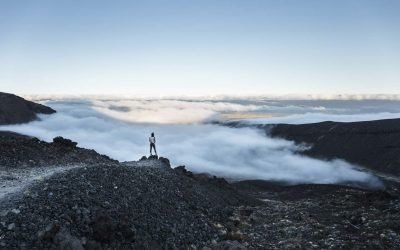